Audio engineers play an important role in three parts of the process for creating music. These parts are recording, mixing, and mastering.

Sometimes three different engineers, who specialize in each, complete these parts separately. Sometimes the lines are blurred between the three distinct phases.

In a previous article, I discussed several tips for mixing with mastering in mind. In this article I’ll look at the recording process.

I believe there are two common mistakes to make in the recording process.

The first mistake is to assume that something recorded poorly can be fixed in the mixing process. It is true that signal processing tools are very powerful and can solve many problems. They can make some bad things sound good. But those same powerful tools can also make good things sound great. To achieve the best result, there is nothing that beats starting with a great recording.

The second mistake in recording is to concentrate on the individual sounds of the song without considering their context in the overall mix. This might mean that you are focusing too much on getting one instrument to sound its best, without considering how it fits with other instruments. For instance, you might put in significant effort to record an acoustic guitar to sound “clear” and “full” on its own. However, this could actually cause problems when the acoustic guitar has to fit in with a full mix of other instruments.

Certainly, it is the key responsibility of the mixing engineer to fit all the pieces of a song together. However, this can be better accomplished if the original sounds were recorded with the intention to fit together.

Here are some things to consider if you want to record with mixing in mind:

In a stereo mix, there is a lot of space available in the horizontal plane. Not only can you pan mono signals to the left and right speakers, but there are other techniques that be used to creatively fill the stereo width.

There are many stereo miking techniques that can be used to capture everything from a wide to narrow recording.

Another common method to fill out the stereo width is to double-track a performance. If you are recording electric guitar, record it twice and pan one take to the left and the other take to the right. To take it a step further, record each take with different microphones so that each side sounds unique.

Similarly, to achieve a wide vocal recording, one trick is to use three separate unison takes of the same part. Start with the best take panned to the center at a level to fit in the mix on its own. Take the other two takes and pan them left and right. Blend the amplitude of these extra takes so that you subtly perceive the width.

One quick way to change the tone of a recording is to angle a microphone to be off-axis instead of on-axis. Another idea is to choose between condenser (typically brighter) or ribbon (typically warmer) microphones.

Inspiration and creativity can come at any time. If you are experimenting with effects while you are recording, then you might come across the “signature” sound for a mix. This might be a specific delay, reverb, or modulation effect.

Rather than leaving this entirely up to the mix engineer, it can’t hurt to print “dry” and “wet” versions of the signals. You never know if your mix engineer will be able to perfectly replicate a great effect you created.

This idea also goes for re-amping guitars. It can be helpful for a mix engineer to have a reference (amped) version, even if they anticipate using re-amping after the original recording session. Maybe the original version ends up being better than the re-amped version.

Keep in mind that it can be beneficial to have both the unprocessed and processed versions after the recording process. Only use destructive editing when you are certain that you want to commit to a particular effect.

In conclusion, have a solid vision for a song’s outcome before you start recording. It can make the recording process more productive, and save a lot time in mixing and mastering. 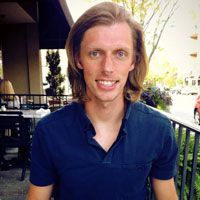 Eric Tarr is a musician, audio engineer, and producer based in Columbus, Ohio. Currently a Professor of Audio Engineering Technology at Belmont University in Nashville, TN.
TheProAudioFiles