There are many things you can absorb from listening to a reference track: rhythm, form and dynamics just to name a few.

Lately I’ve been getting into the habit of writing out what I call the tone palette of a song. It’s simply writing down how many instruments and what they are in any given production.

A painter doesn’t usually paint with every single color. They make specific decisions. Production is no different — you have to consider that the instruments aren’t always individualized. They congeal together. This is the goal in a great recording: when everything becomes one.

This is something the great Brian Wilson thought deeply about. But this doesn’t just go for symphonic rock. It applies to every kind of production.

By writing down the basic instrument layout of a reference or study track, you can start to see how things work from an instrumentation perspective.

I did say write down. Seeing it on paper gives you a viewpoint you don’t have when simply listening.

Don’t just take note of the fact that there is guitar. How many are there? Where do they come in? Think of it as an instrumentation template.

One issue many producers have is overcomplicating an arrangement. Studying production instrumentation can open your eyes to how to make more out of less.

I suggest you make a few instrument templates of songs and then try to make your own. You don’t have to copy the whole song. Just try to copy the instrumentation and the way it builds. Tambourine come in on the second chorus? Try that! Third guitar enter on the bridge? Try That!

It may seem like a little bit of filling in the blanks. This is ok though. Consider it research. Sometimes, you gotta go to school. That doesn’t mean you can’t be creative and have fun.

I’ve been researching music a lot lately. Since I’ve been writing for TV more, I get specific requests for productions.

This means I have to figure out how to write something new while capturing the essence of something old.

It’s a fun exploration. I feel like it’s influenced my personal creative productions. By default, I tend not to draw inside the lines as much. But, knowing they are there can keep me from getting stuck or over producing.

Let’s look at a field study.

A lot of Surf music from the early 1960’s had small instrumentation. It was usually:

That’s not a lot of instruments. That’s the Surf sound though. You should think of each production as a “group” or band. Get a visual rather then just throwing instruments in. I’m not saying don’t be creative. I’m saying consider each instrument as a person.

You can hear groupings through every era of music: 70’s funk, grunge, hip-hop, pop, etc… Take note of the “band”.

Love is an Open Door

There are some indulgent productions. There is nothing wrong with that. But as an average through time, tighter productions have been more consistent. I encourage you to study tighter arrangements, but always leave the door open for decedent moments.

If You Can, You Must

Just because you can doesn’t mean you should. Now more then ever we have to repeat that manta. Almost everything is at our fingertips these days. If you have an idea, you can make it happen for the most part.

Because of this, the filter has become weaker. Back in the day, if you heard a harp, you would have to call a harpist. That would require making room in the budget and scheduling the session. There are quite a bit of “check yo’ self” opportunities.

One way of dealing with this is in modern times is to create templates with instrument groupings as an exercise. Limit yourself to compose and produce within the confines of the chosen instruments.

Don’t give yourself too many options either! Listen to a Nirvana track and write down the instrumentation. Make a template with a similar selection. Now, write and finish a composition only using that instrumentation.

Resist adding just one more guitar. The little devil is always gonna be on your shoulder. Avoid that little narcissist.

I’ve been having a lot of fun with this exercise. It’s definitely been forcing me to do more with less. 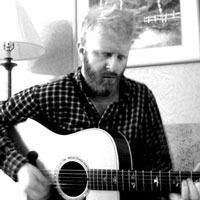 Mark Marshall is a producer, songwriter, session musician and instructor based in NYC. More at guitaristmarkmarshall.com
TheProAudioFiles